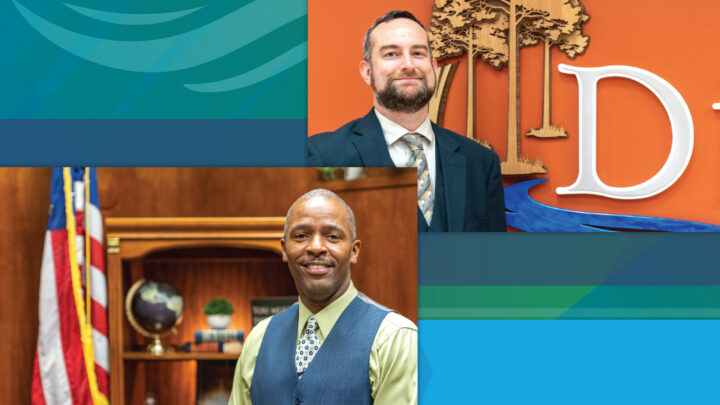 Making a Difference Beyond the Pond

If you have a question about politics and government, chances are that College of the Mainland (COM) Assistant Professor of Government Sean Skipworth has the answer. Known for sparking engaging conversations in the classroom, Skipworth exemplifies what it means to lead with passion. And that passion is soaring to new heights as he takes on his new role as mayor of the City of Dickinson.

Whether in the classroom or at city hall, Skipworth strives to cultivate a high quality of life for the community he so passionately serves. And his hands-on approach to civic engagement is allowing him to do just that.

“At the end of the day, it’s just really getting out there, showing energy, showing that you care, showing passion,” Skipworth explained. “But more important is having the self-confidence to take a leap to do that and try to make the community a better place.”

After being sworn in as mayor in January 2021, Skipworth hit the ground running. A trusted leader and educator, Skipworth is a true champion for the community. Through the diverse network of people, resources and industries in the region, Skipworth foresees a bright future ahead for Dickinson.

“Whenever you’re talking about a community and attracting residents and growing revenue and things like that, you’ve got to have a workforce to do that,” Skipworth said. “You want to have good income levels for your community. You want people to be upwardly mobile. It’s better for everybody. The quality of life for people is better. The maintenance of homes is better. Property values are better. Everything’s really better.”

“At the end of the day, it’s just really getting out there, showing energy, showing that you care, showing passion.”

While hurricane recovery and economic sustainability are at the forefront of his priorities, one of Skipworth’s overarching objectives is to continue nurturing a desirable and fulfilling lifestyle for citizens. To that end, Skipworth sees the relationship between COM and the Dickinson community as a vital asset to residents in more ways than one.

“It helps the people to be educated and more able to participate in politics and to know what’s going on,” said Skipworth. “It’s always important, especially here where we’re looking to recover. Having a place for people to become more upwardly mobile is a great thing for us.”

Outside of council chambers, Skipworth serves as faculty advisor for COM’s Student Government Association. Here, he sees firsthand that change, both big and small, starts at the ground level. And when asked what advice he would give to students who, like him, also want to enact change in their respective communities, his answer was simple.

Forging A New Path Through PTEC

Texas City Mayor Dedrick Johnson could be described as a renaissance man.

The College of the Mainland (COM) alum and former Texas City Independent School District educator has served in a variety of civic leadership capacities including Texas City commissioner, church minister, NAACP member and founder of leadership and special projects consulting group, Dedrick Johnson Productions. But perhaps a lesser-known part of his story is his unique transition into the petrochemical industry, where he currently serves as a process technician at the Marathon Petroleum Corporation.

Upon graduating from Texas City High School, Johnson went on to earn a Bachelor of Journalism in Public Relations at the University of Texas at Austin. After returning home to Texas City, he fell in love with education, and soon thereafter began his 15-year career as a school teacher. Though as fate would have it, he took a detour from his teaching profession after sparking an interest in working for industry. This led him to the COM Process Technology (PTEC) program.

“My educational experience was unique in the sense that most people go off to the local community college as a launching pad, but I had already begun a career and completed my degree at a four-year university,” Johnson said. “I found myself being interested in one of the programs that College of the Mainland had, and that was the Process Technology program, so I went back to school.”

Johnson graduated in 2011 with an Associate of Applied Science in Petrochemical Process Technology and is now a proud COM alum who credits the college for equipping him with the knowledge and training needed to thrive in the region’s robust petrochemical industry.

“I now have a renewed sense of purpose and understanding as it relates to a collaboration between our local schools.”

COM’s PTEC program, which is the first in the nation to offer an associate degree, offered Johnson innovative learning opportunities through hands-on lab and classroom instruction. Here, he trained alongside industry professionals which allowed him to ultimately transition into the new and fulfilling career path that he loves today.

“The Process Technology program just opened my eyes to whole new different possibilities,” Johnson said. “The professors were all very knowledgeable of the content. Many of them may have been adjunct professors or professors who were retired from [refineries] themselves, so they knew all about the hands-on ins and outs of working in a refinery. So, when I go there in industry in my current career, it was an easy transition for me.”

Now leading a city that is home to one of the region’s foremost petrochemical hubs, Johnson recognizes that it is through his unique scope and depth of experiences as an educator, public servant and industry professional, that he can guide his city in a promising direction.

“I now have a renewed sense of purpose and understanding as it relates to a collaboration between our local schools,” said Johnson. “Because city, school and industry, that’s a unique trifecta of experiences.”

And if there is one lesson to be learned from those experiences, it is that with a solid educational foundation, the possibilities are truly endless.

“Access to affordable, high-quality education is important to the citizens of Texas City because when you educate your population, you make it more conducive for them to be better contributors to society,” Johnson said. “We’re creating our own workforce. Whether it be through the medical field or through process technology, we have so many viable industries in the City of Texas City.” 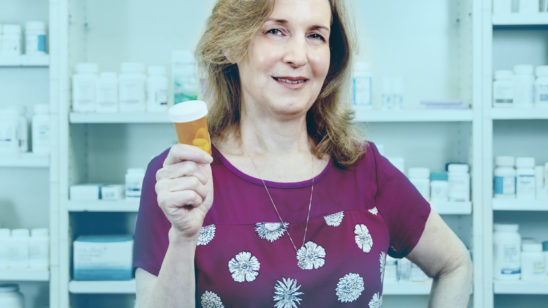 Student Success: We Have a Prescription for That 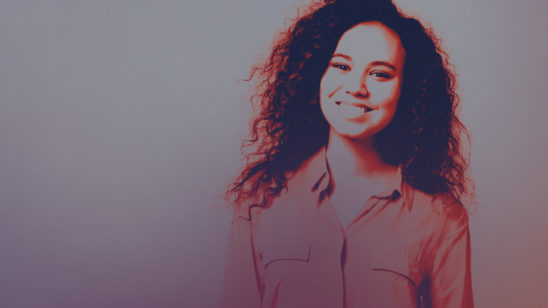 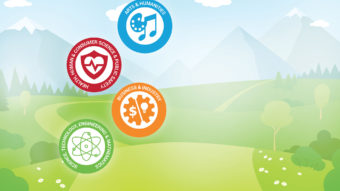 Finding the Path That’s Right for You

Whether students are looking to transfer to a university or prepare for a new career or trade, College of the Mainland offers innovative and dynamic learning opportunities to meet the unique needs of every learner, and all core classes transfer. 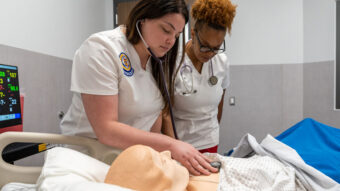 Launching Nurses of the 21st Century

In Texas, where there has been a longtime demand for nurses, the need has only climbed since the COVID-19 pandemic began. And as many hospitals are facing crippling staffing shortages due to the growing health crisis, nurses are now an even hotter commodity.

The Texas Center for Nursing Workforce Studies projects that the Gulf Coast Texas region will see an unmet demand of more than 18,000 registered nurses by 2030. College of the Mainland is meeting these needs now and into the future with the launch of its new Registered Nurse (RN) to Bachelor of Science Degree in Nursing (BSN) program this fall. 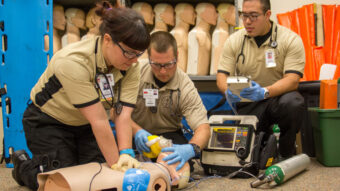 Academics Back to Work

Are you looking to make a purposeful impact on your community and want to help others in an exciting yet meaningful way? Look no further! College of the Mainland’s array of public service programs will equip you with the skills you need that you can quickly put into action for a personally rewarding and enriching 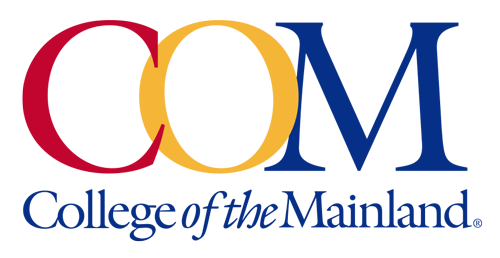 Horizons is the student- and staff-produced publication of the College of the Mainland — a learning-centered, comprehensive community college dedicated to student success and the intellectual and economic prosperity of the diverse communities we serve. 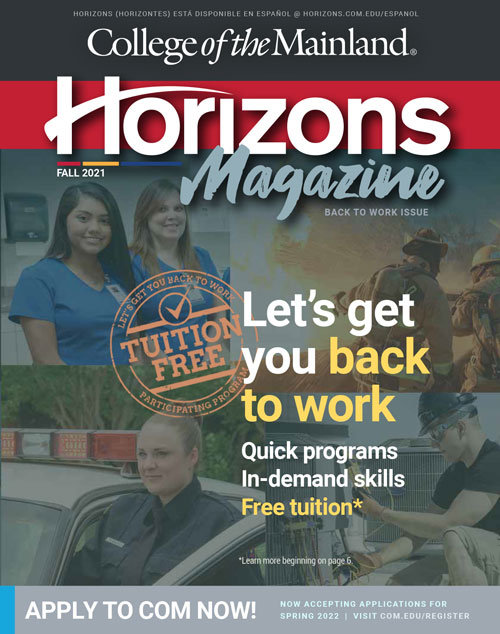 Message from the President

A Force For Positive Change:

At Your Student Service